In a world where nations are interconnected directly or indirectly, it’s impossible to escape the effects of a war between two of the most powerful forces. The impacts of the Russia-Ukraine war have reached thousands of kilometers far, to the land of Bangladesh. For the last few months, Bangladesh has been feeling the heat of the war, although it was not prominent in the eyes of common people until this week when the whole country was subject to a sudden power shortage.

Months after declaring the country as 100% electricity covered, on July 3rd, 2022 almost all areas of the country started to face 10-12 hours of daily load-shedding. It came as a shock to most people, as this kind of scenario has been foregone for a decade or so. The State Minister for the Ministry of Power, Energy, and Mineral Resources of Bangladesh, Nasrul Hamid, through his Facebook page, mentioned the shortage of Gas in the country as the reason for the sudden power outage.

Gas is the major source of energy for producing the 22,348MW national grid electricity, accounting for almost 51% of the energy source, according to data from Power Development Board. Although data from other sources say this number to be much higher, near about 75%-80%. Despite Bangladesh being a hotspot for gas and coals, the demand for this colossal amount of gas is not being met by the net national production.

According to experts, Bangladesh has a reserve of 33-42 Trillion cubic ft of gas under its ground, which is enough to keep us up and running for the next 10 years at least. It is a regret that because of our import-dependent policy, we are suffering from an energy crisis due to inflation in oil and gas prices in the international market despite having so much resources within our own land.

Due to our dependency on other countries for oil and gas, the stability of the supply of these energy sources has been hanging in the balance. The Russia-Ukraine war acted as a catalyst to worsen the condition, and we’ve found ourselves in a situation where we cannot even buy enough gas to run the powerplants!

The country’s foreign reserve was already on the decline for the last few months. With gas prices rising by nearly 240%, it’s practically impossible for us to spend so much foreign reserve on importing gas. Thus our import-dependent policy has backfired.

To tackle this energy shortage for the time being, the honorable Prime Minister of Bangladesh, Sheikh Hasina has requested the citizens of the country to be more economical in using electricity. Although in the context of Bangladesh, it is very unlikely that people will actually do that.

In this situation, there is no alternative to load-shedding throughout the country. To bring the whole process in a systematic way, the government has published schedules of load-shedding from area to area. This is in fact a prime example of – “Desperate times need desperate measures”.

It is safe to say that this crisis is not going to go away very soon. We might have to get used to load-shedding again, at least until 2023 when Rooppur (Nuclear), Payra (coal-powered), and Rampal (coal-powered) powerplants are expected to be in operation. Moreover, 1600MW of electricity will be bought from India by the end of 2022.

This sudden energy crisis should be a raising-call for us. For a secure future, we need to revise our policies regarding energy management and emphasize more on local fuel extraction and renewable energy sources.

To minimize our dependency on foreign countries for energy, we need to invest sophisticated technologies and manpower to find new extraction sites throughout the country and in the ocean. If needed, we should seek help from our developed friends to assist us with international advanced technologies.

Even with all these coals, oil and gases, we cannot achieve long-term security in energy, as fossil fuels are destined to be finished one day. As mentioned before, Bangladesh has a reserve of gas that can meet the demand for the next 10 years. Now, is 10 years a very long time? No! Does the year 2012 feels very far behind us? It feels as if it was yesterday, right? 2032 is not far ahead of us as well. 10 years will be gone within the blink of an eye. Imagine waking up in the morning with no electricity and coming to know about a nationwide blackout because there is no more gas left under the ground.

Of course, it’s very unlikely to happen, as more nuclear power plants are being constructed in the country. By 2030, Bangladesh is estimated to demand 34000MW of electricity, considering an economic growth of 7%. A major portion of this demand is expected to be met by the gas reserve as usual, while Nuclear power will also be a notable source of energy in the near future.

The potential of renewable energy in the country is enormous. For a sustainable future, there is no alternative to renewable energy. Besides Hydro, Solar and Wind, Bangladesh has huge potential to harness a notable amount of electricity from Geothermal and Tidal energy.

Being in the tropical region, Bangladesh receives 3-11 hours (5kWh/m2 on average) of bright sunlight 300 days/year. According to studies, there is potential to produce 53GW of electricity from solar power, including 30GW from Solar PV. The government has already taken a mega project to install 50,000 Solar Home Systems per month, with a goal to install 5 Million SHS throughout the country. It is the most prospective renewable sector. With proper implementation of the policy, solar energy can be the main source of electricity for the off-grid population of the country.

The prospects of wind power are also good, especially in the islands and coastal regions in the southern part of the country. Currently, the net wind power production is only 3MW. With proper use of the wind, it can be increased much more to meet the demand of the coastal regions. The potential for wind energy is a whooping 20GW! Cox’s Bazaar, Sandip Island, Teknaf, Patenga Airport, Comilla Airport, Khepupara, Kutubdia Island, Bhola Island, and Hatia Island are some of the spots ideal for installing wind turbines.

The southern region of Bangladesh has also the potential for tidal electricity. The average height difference of the ocean reaches up to 4-5 metres due to the tide. According to recent research by the Mechanical Engineering dept. of Khulna University of Engineering & Technology, Cox’s Bazar, Kutubdia and Maheshkhali islands are the perfect places for installing tidal powerplants.

In 2011, a private company named Anglo MGH Energy planned to set up the country’s first geothermal powerplant capable of producing 200MW of electricity in the Thakurgaon district. But for some unknown reasons, this powerplant never commenced to production.

As we can see, we are not being able to utilize our resources in the renewable sector. Bangladesh previously aimed to produce 10% of its total electricity production from renewables by 2020, and 17% by 2041. But in reality, it’s 2022, and we have merely crossed the 3% benchmark.

Most of the developed countries, along with many developing countries are focusing more on renewable energy and trying to move away from fossil fuels. It’s high time we did the same in order to avoid any future collapse in the power sector and thus in the economy.

5 thoughts on “Sudden Energy Crisis In Bangladesh : An Warning For Us?”

This site uses Akismet to reduce spam. Learn how your comment data is processed. 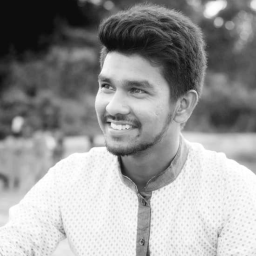 But the most fun I have is while writing about random thoughts and ideas. No boundaries here.

Apart from blogging, I used work full-time as a Banker. Currently, I'm working as an IELTS instructor. Previously I’ve majored in Mathematics, followed by a post-graduation in the same subject.

Latest To The Blog